His meteoric rise to fame dates back to 2009, when he relocated to the ACT to train under esteemed coach Iryna Dvoskina at the Australian Institute of Sport. After first representing Australia at the 2011 International Paralympic Committee (IPC) Athletics World Championships in Christchurch, New Zealand, Scott won a Paralympic silver medal in the men’s 100m T42 at the London 2012 Paralympic Games.

He achieved his first international gold medal in 2013 at the IPC Athletics World Championships in Lyon, France, and as the reigning world champion in the men’s 100m T42, Scott was the man to beat at the Rio 2016 Paralympic Games. He held off a late charge by Richard Whitehead (GBR) to win his first Paralympic gold medal, and in record time, to be nominated for Paralympics Australia’s 2016 Male Paralympian of the Year award.

Scott won his third consecutive men’s 100m T42 world title at the 2017 World Para-athletics Championships in London, England, and will be aiming for a fourth at the 2019 edition in Dubai, UAE, this November.

Scott is married to Paralympic champion Vanessa Low, who has previously represented Germany at two Paralympic Games. They are now on track to represent Australia together at the Tokyo 2020 Paralympic Games, before retiring from sport to start a family. 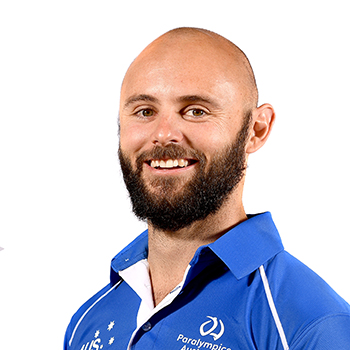